Who benefits from a mentoring program? It’s not just those being mentored, but also those doing the mentoring – and by extension, the sponsoring company as a whole. There is a lot of research showing how an internal mentoring program improves workplace culture, but there’s just as much if not more to be gained by giving employees the opportunity to mentor people from outside the organization, and make the world a better place in the process.

We’ve witnessed this firsthand at SS&C Advent. Last year, for the fifth year in a row, we participated in the TechWomen global mentorship program, an initiative of the US State Department’s Bureau of Educational and Cultural Affairs. TechWomen’s mission is to empower, connect, and support the next generation of women leaders in science, technology, engineering and mathematics (STEM) from the Middle East, Africa and Central Asia through mentorship and exchange.

In 2019, we hosted three Emerging Leaders from the TechWomen program for a five-week internship program. Of equal importance, we had an unprecedented number of professional mentors from SS&C Advent taking part. Just as the Emerging Leaders were eager to absorb knowledge from their mentors, our newly engaged SS&C mentors were energized and excited by the chance to make a difference.

Each TechWomen Emerging Leader was paired with two SS&C Advent professional mentors. The mentors worked hard to ensure that our Emerging Leaders got the most out of their mentorship. They connected them to business leaders in the company and to colleagues who became “mentors-of-the moment,” creating a ripple effect of a mentoring culture throughout the company. The TechWomen interns took part in professional development workshops and in after-hours events, all under the support and guidance of their mentors.

Everyone wins in a program like this. It was inspiring to see light bulbs going off on both sides of the room, watching our mentoring colleagues flourish and grow just as much as their TechWomen mentees. The Emerging Leaders would return to their home countries with new skills and knowledge to further their career ambitions in STEM, and just as important, with a stronger belief in themselves and their abilities. Our SS&C Advent ambassadors would go back to their jobs with a greater sense of pride in their work and their company. The bonds built between both sides are likely to last a lifetime. As one of our mentors put it, “One of the themes that became prevalent for me throughout this experience is that there is more that connects us than divides.”

The 2019 mentorship team included Albena Bishop (Marketing), Ofe Ekwejunor-Etchie (Client Support), Regina Chang (Client Support), Simon Chan (Product Development) and Victoria Hendrix (Talent Development). Our TechWomen guests were Aina Dosmakhambet from Kazakhstan, Josiane Ishimwe from Rwanda and Tana Diushakhmatova from Kyrgyzstan. We are already making plans to participate in the TechWomen program again this year, and we expect to set a new record with the number of professional mentors.

Aliya Janjua is Director of Client Service at SS&C Advent. 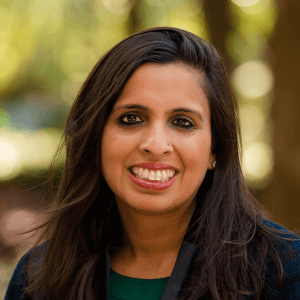